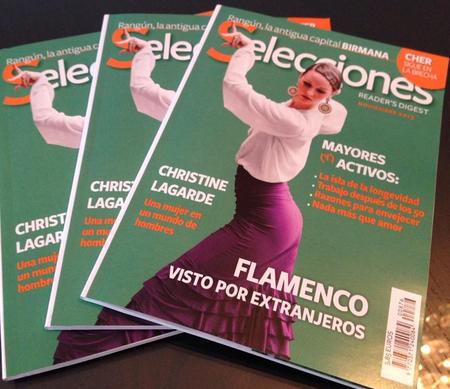 The Vancouver Sun calls Fin de Fiesta "a rowdy and intense troupe that radiates flamenco passion," while the Calgary Herald describes the ensemble as "a mix of cultures immersed in flamenco spirit" and the Winnipeg Free Press calls our performances, "wild and rhythmically complex."

“An absolutely breathtaking performance…it was impossible to keep your eyes off of Lia – such control, stature, emotion…Acoustic guitarist Duffin is a facile and gifted musician. The tone of his instrument and his masterful playing were the spine of the performance, and vocalist Alejandro Mendia has a sinuous and powerful baritone voice – full of colours and dynamics, which perfectly captures the intensity of the form.”
- The Whole Note, September 17, 2017

“[Fin de Fiesta] has made a name for themselves with their energetic performances and skillful improvisations.” - The Dance Current, July 29, 2016

"Canadian dances her way to Spain on flamenco adventure," The Toronto Star, July 31, 2013

FIN DE FIESTA's Lia Grainger was featured on the cover of the November 2013 issue of Reader's Digest International in a story about foreigners doing flamenco in Sevilla. Photograph by Levent Erutku.